The Great Canadian LEED-Scape is a 53-foot-long painting, which explores the natural environment and the recent development of sustainable buildings across Canada. The painting consists of thirteen panels, one for each province and territory in Canada, which will combine to form a continuous urban landscape painting. LEED (Leadership in Energy and Environmental Design) is an internationally recognized rating system that aims to classify and encourage sustainable buildings.

The Great Canadian LEED-Scape was created by artist Amy Shackleton.

Amy Shackleton (b.1986) has exhibited paintings in Canada, USA and the UK. Her 53-foot-long painting is scheduled to exhibit at The Museum in Kitchener and The Visual Arts Centre of Clarington in 2017, as part of traveling exhibition. Shackleton has received multiple grants to create/exhibit her work through the Ontario Arts Council. Her paintings adorn dozens of private and corporate collections across North America, including the Colart Collection, Facebook Canada and the University of Cincinnati. Shackleton has been interviewed on CTV Canada AM and CHCH Morning Live. Her work has appeared in the Huffington Post, Magenta Magazine, New York Magazine, Fashion Magazine, CBC, CBS, Gizmodo, My Modern Met and Oddity Central. Shackleton holds a BFA Honours Degree from York University and is represented by the Elaine Fleck Gallery in Toronto, Ontario. 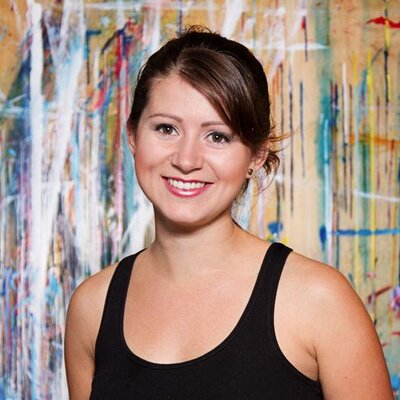